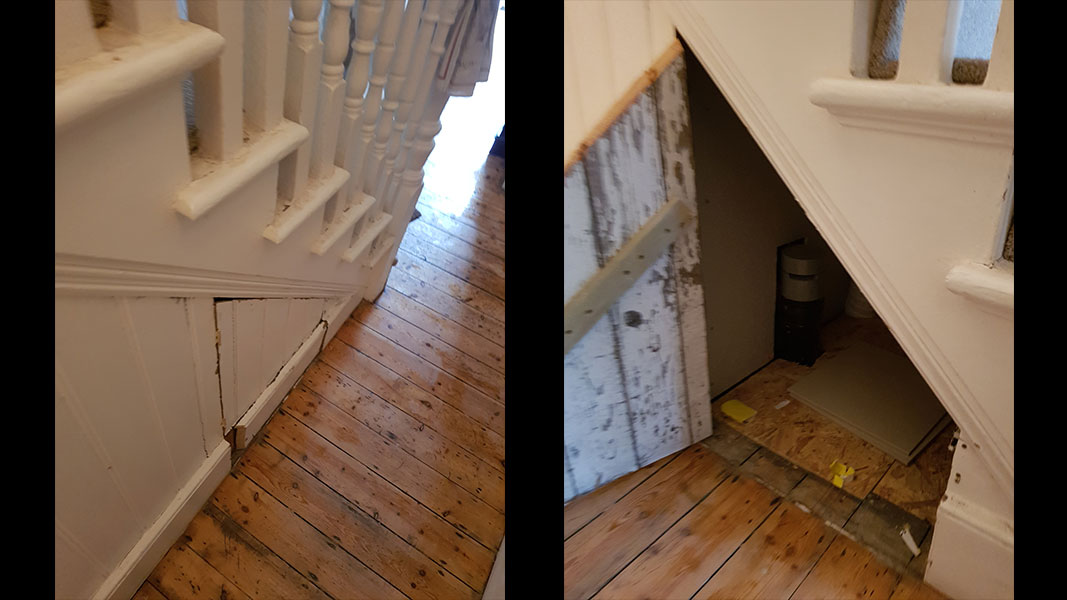 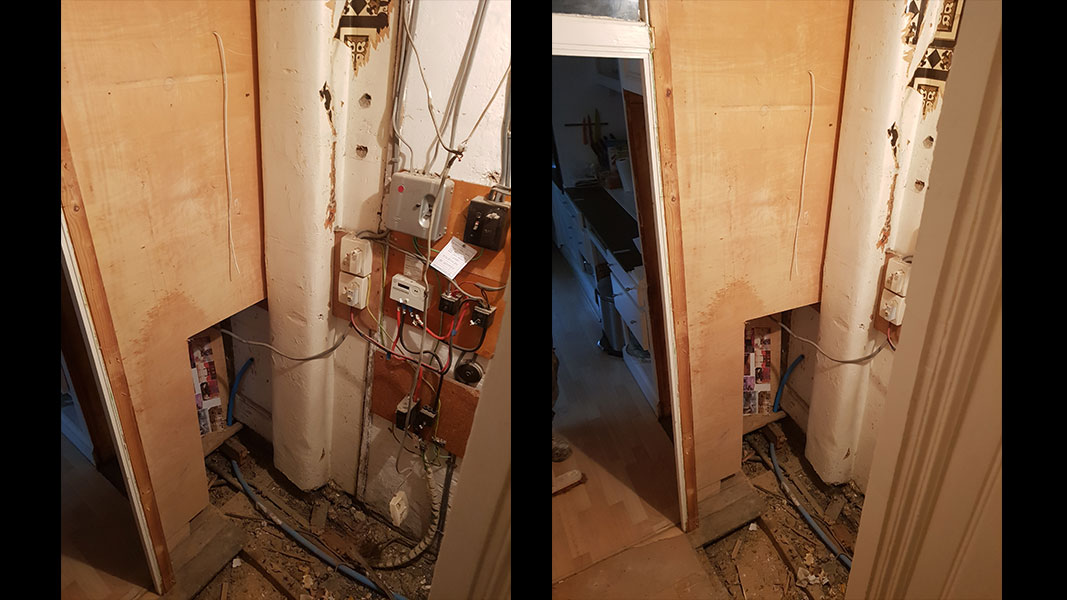 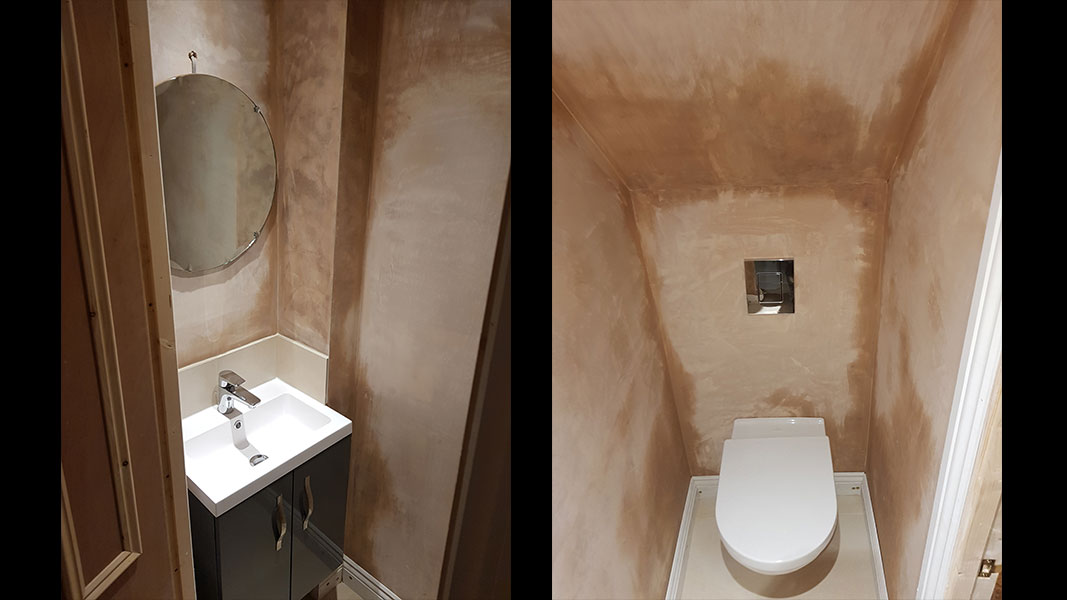 Creation of a cloakroom beneath staircase

Oliver Houston contacted The Bathroom Workshop so as to ascertain whether it would be possible to create a downstairs cloakroom within the redundant space beneath the cloakroom. Although this space was originally housing the electric and gas meter he had liaised with the appropriate authorities to have them moved so as to free up that space. Our designers met with Oliver and ran a complete survey of the site to ascertain whether it would be possible to supply the cloakroom with hot and cold water and to connect the toilet waste pipe to the stack pipe located around 7m away in the garden. After liaising with Luis our designers discovered this development would be possible and would only require lifting certain floorboards in the sitting room and digging approx. 50cm down to create sufficient slope when connecting the proposed waste pipe to the existing stack pipe in the garden. Our designers then created plans and 3D renders which were presented to Oliver, who was very content to have found a company who would be able to complete such a renovation. The plans were followed up with a fixed price quote which was accepted. Oliver then chose fittings from our catalogue, benefiting from the trade prices and storage of items within our offices.

The team began by installing the strongest and most hard wearing wall and carpet protection available. The next stage involves installing an air extraction system to remove dust from the atmosphere within the clients home, this is particularly key during the first few days of the project. After stripping the area under the stairs we realised that the staircase itself had weakened and was causing a very annoying creaking noise every time the stairs were used. We happily reinforced the stairs with the appropriate wedges and re-fixed it to the wall. The next stage was to supply hot and cold water to the proposed cloakroom. To do this we ran pipes from the kitchen beneath the floorboards and into the proposed cloakroom. We then ran the larger waste pipe beneath the crawl space under the floorboards beneath the sitting room and attached it the stack pipe in the garden, digging down into the soil to create the sufficient slope (20mm per metre) to prevent any blockages. Our next priority was to provide the appropriate ventilation for the cloakroom. As there was no external wall within the cloakroom, our only option was to fit a centrifugal fan and run it beside the waste pipe below the sitting room to an air brick in the garden. Of course this runs the risk of odours rising into the sitting room, so in order to prevent this from occurring we sealed and glued every connection in the plastic duct and modified the outlet to connect perfectly with the air brick. Once this stage was completed our in house- electrician brought an electrical supply from the newly located meter to the cloakroom and we began building the new partition to encase the Grohe wall hung toilet frame and cistern as well as the new partitions and door separating the cloakroom from the hallway. Plaster and tiling was then undertaken before being allowed to dry. The final stage of this project involved fitting the toilet, vanity unit, and all electrical components. The decoration was undertaken by Oliver personally. We were also able to create a storage space underneath the staircase separated from the cloakroom and used the old exiting door to create a small click-open hatch to disguise the space.